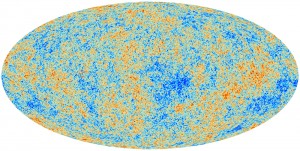 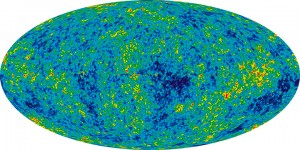 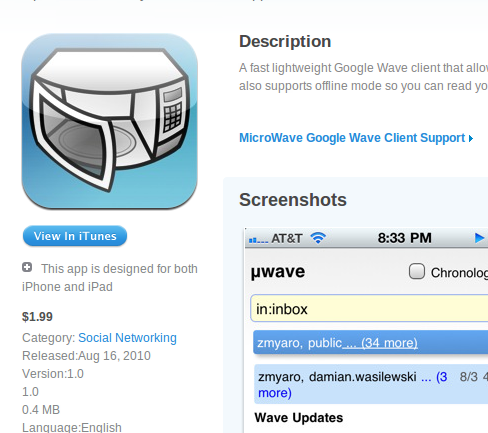 So microwave is now on the app store. Though wave was just announced to be shut down, I had the app done already (though I was waiting for a wave server update so thread continuation and attachment uploading would work), and I just published it anyway. So here it is. Grab it while wave still works :). It supports offline, so you can cache some waves and read them on-the-go. 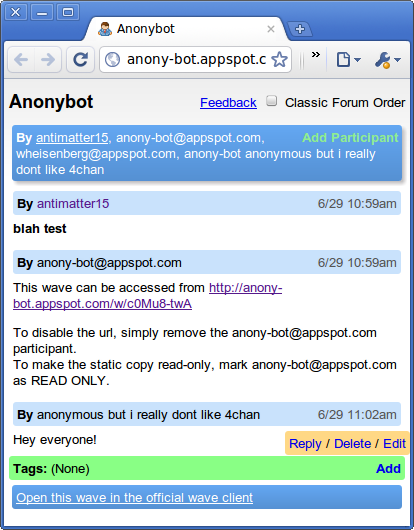 A little robot using the Robots V2 API to expose a wave to a URL. If the URL is shared, then anyone can post anonymously on the wave. 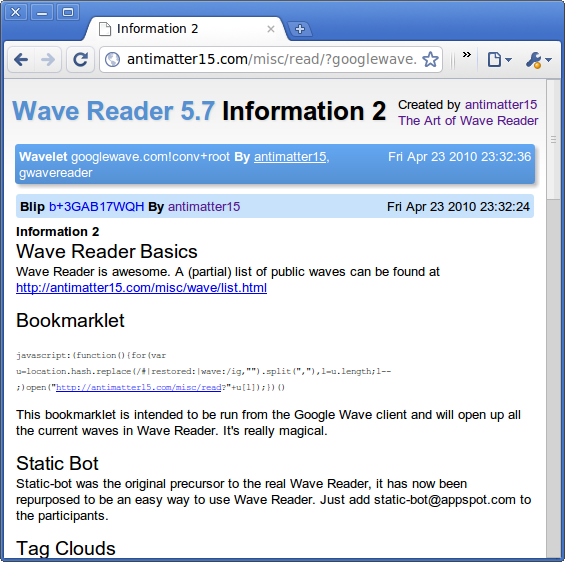 Information 2 - Chromium_080
Wave Reader started around early December of 2009 to fill a somewhat significant void. Embedded waves could not be accessed by people who were not logged into their Google accounts, there was no way to link to a specific blip and the official wave client was insanely slow. Most of these issues have been mitigated, so the project is virtually defunct.

Edit mode is no longer experimental, a new implementation includes a tiny diff engine which allows editing a post without necessarily destroying layout. Root blip editing is now possible. There is a new tag list on the bottom of each wave, also including an “Add Tag” button. Search results are now formatted with modification date, number of blips, number of unread blips and read/unread state. There is a new settings panel when you click the logo. Added support for the internet exploder browser starting at version six. Owner_utils is a setting which adds utilities like “set everyone as read only”. The New Wave feature no longer creates pop-up prompts, but rather silently creates and opens an empty wave. It renders the live-editing cursors. There is a new multipane interface for desktop. Gadget support has greatly improved. It handles rotation on a mobile webkit device better. It now uses Wave Data/Robots Protocol 0.22 and renders using the newly exposed conversation model.

Over a few days, things can change fairly quickly. There have been several speed improvements, a new Forum-Style blip rendering option which arranges blip linearly by the time edited with each containing a formatted quote of the parent to establish context. Attachments are now fully supported, including thumbnails and download links. The operations engine was totally rewritten which uses asynchronous XMLHttpRequest, a new callback based system and support for a batch operations (which means fewer requests and faster responses). A wavelet header containing a list of all participants in the entire wave has been added, as well as an Add Participant button. A specialized, extremely fast gadget viewer was added, which allows for blazingly fast rendering of two popular gadgets (and more will come), it works by bypassing the entire gadget infrastructure and loading trusted code directly inline with the DOM. There is a “New Wave” button which allows people to create new waves directly from the client. The OAuth backend was authenticated with google, for more secure login transactions. Blips have a new context menu which allows for features such as Delete Blip, Edit Blip and Change Title. A full changelog can be found here.