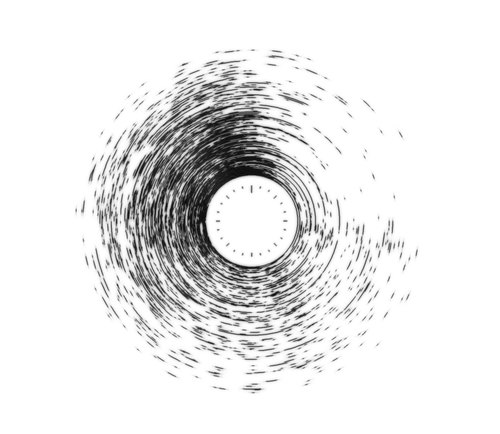 Everyone has a bit of a daily rhythm, which often for better or worse includes scattered visitations of Facebook. I wrote a simple script which polled the Graph API every minute for a list of online friends. Each ring in the chart represents a single friend's 24 hour Facebook routine with centrality indicating total time spent. To the extent that you are your group of friends, this could be thought of as a sort of sociotemporal fingerprint. 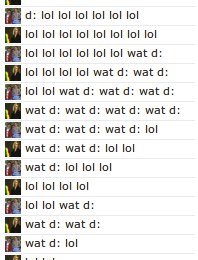