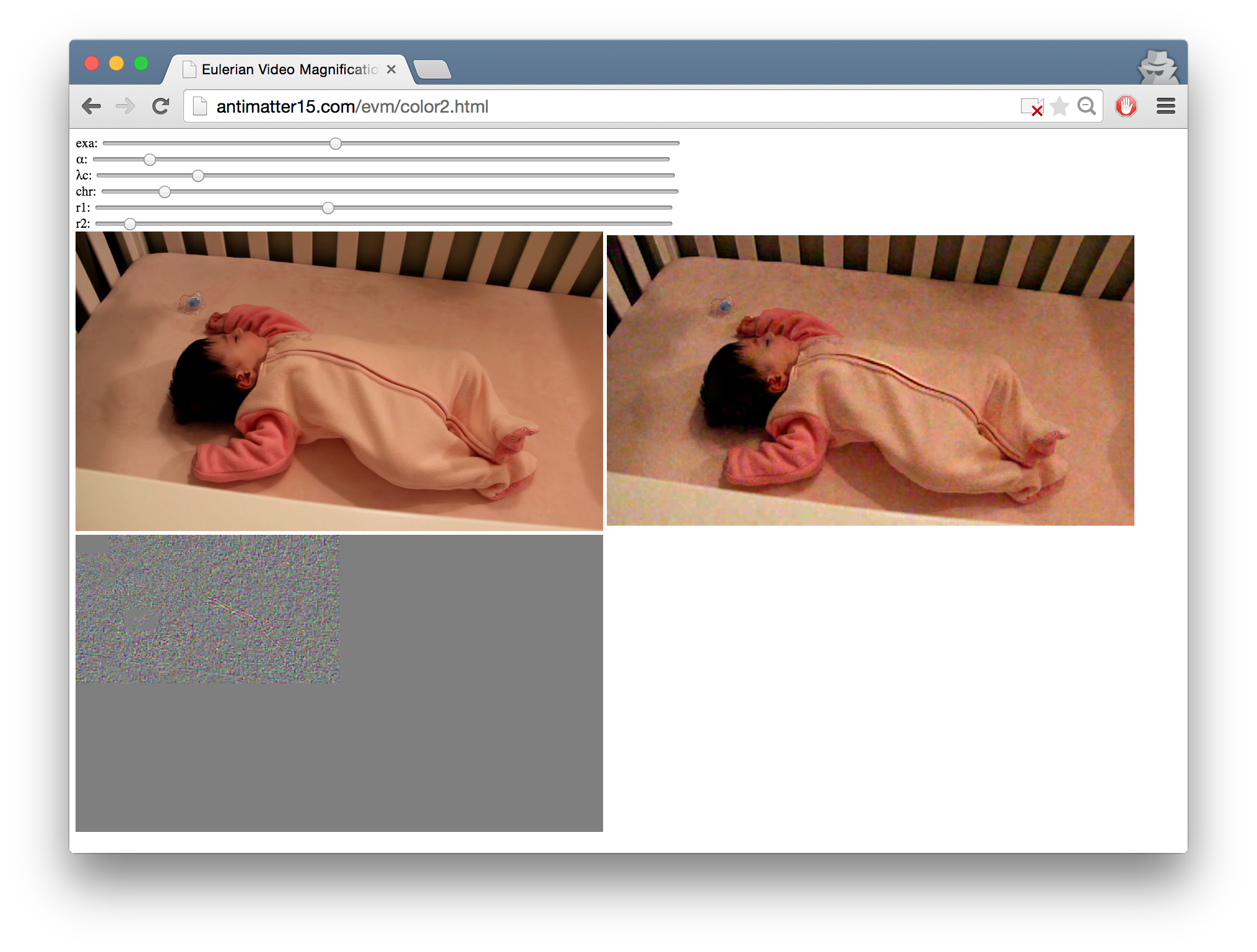 Welcome to the exciting June edition of Tales From The Backlog. This particular entry is from two semesters ago, when I took 6.819/6.869 Advances in Computer Vision taught by Professor Bill Freeman and Antonio Torralba.

For our final project, we had to reproduce some computer vision algorithm from a list. One of them was Eulerian Video Magnification, that cool demo which has made its rounds on Hacker News on several occasions. 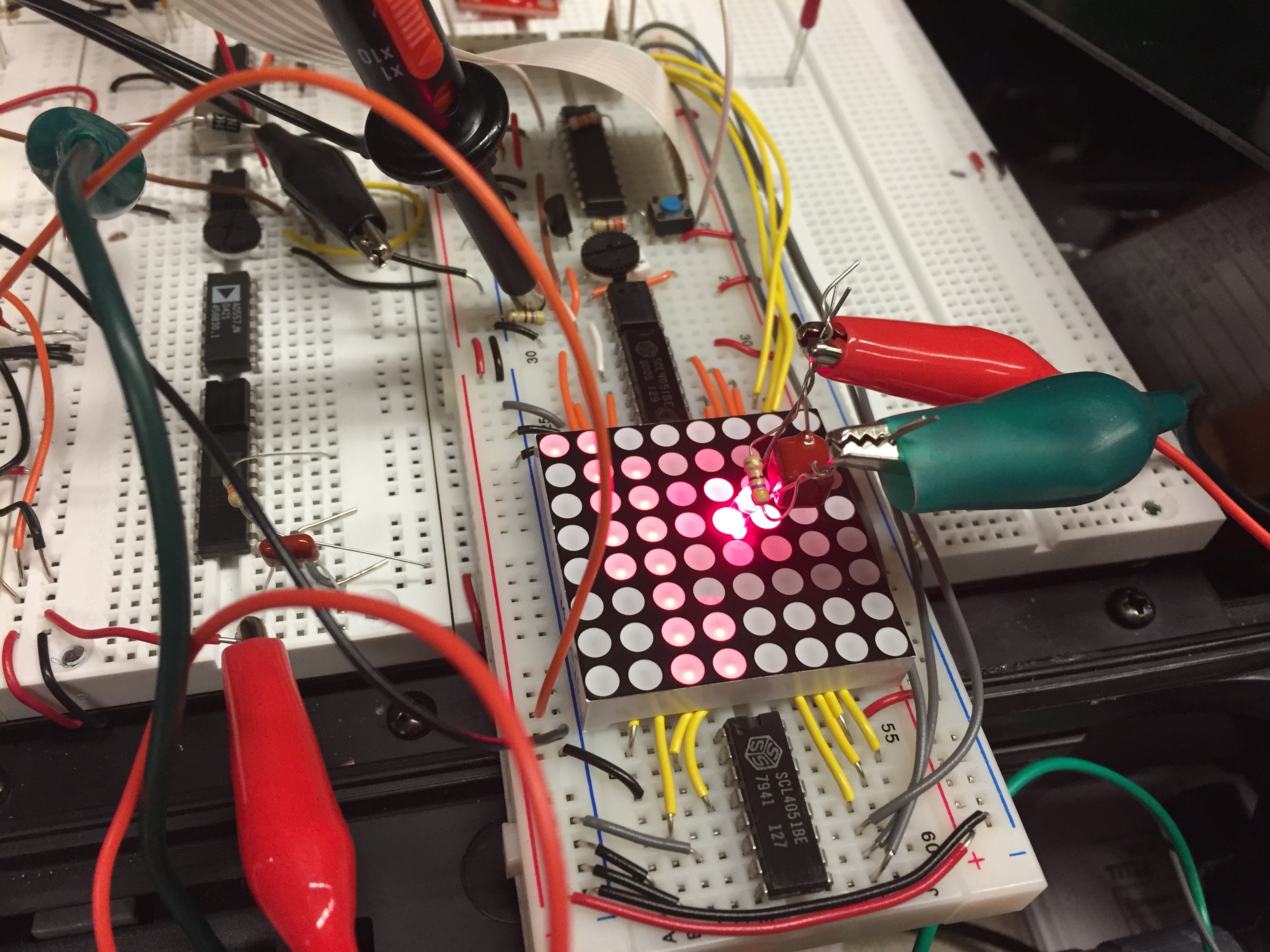 For my final project in 6.115, a microcomputer electronics class which I (and apparently nobody else) affectionately refer to as “leeblab”, I built a simple gestural input system. At its core lies an ordinary 8x8 LED matrix hacked into a low-res CCD and display coupled with a gutted expo dry erase marker used as a light pen. And per class requirements, it used a rube goldbergian cascade of TTL logic, an 8051, Cypress PSoC 5, an Arduino Pro Mini to process and massage the signals into USB HID compliant form, so that a computer might be able to use the contraption as a keyboard. 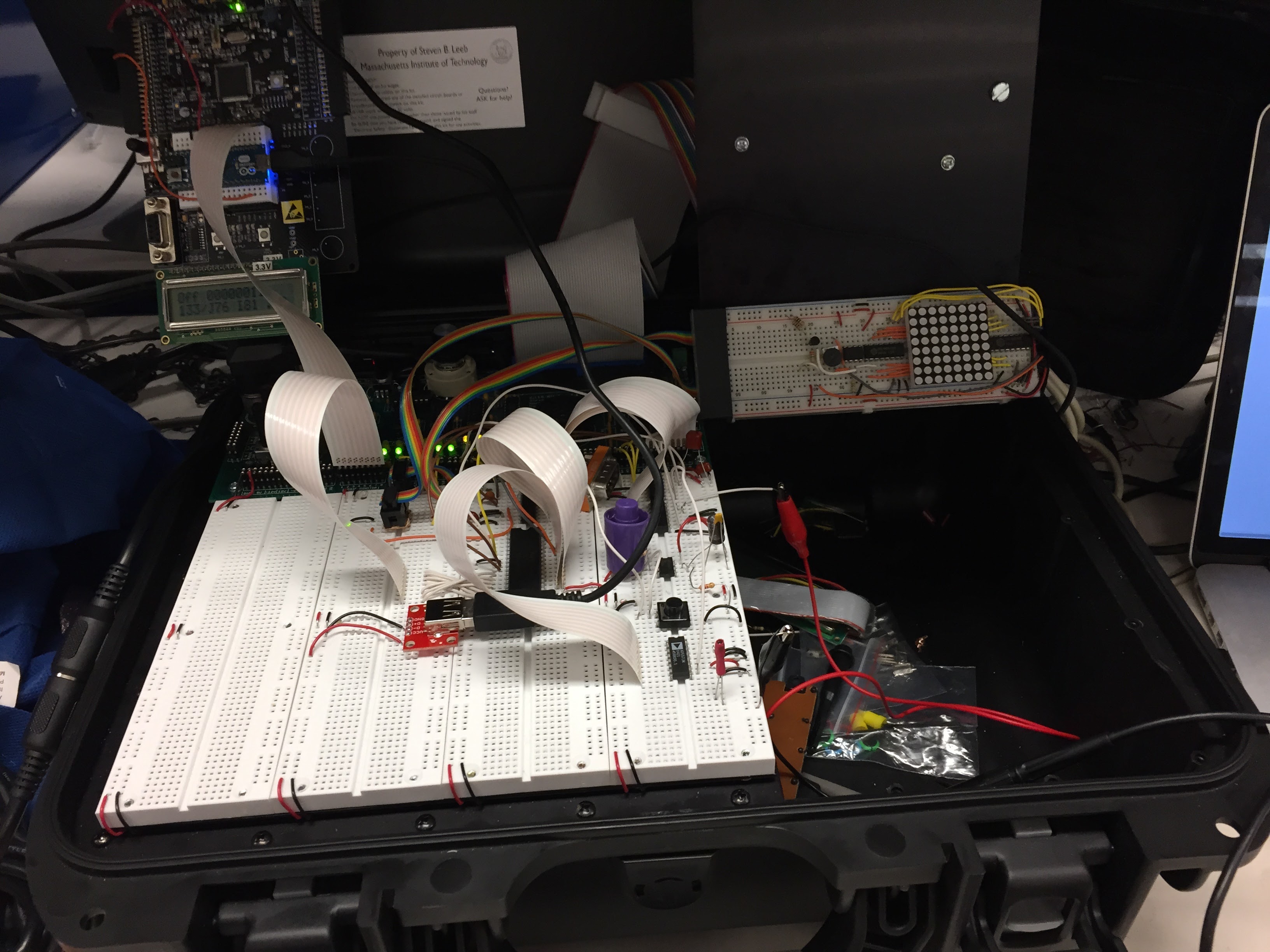 I had an 8x8 LED matrix laying around, and ‘twas the season that I had to come up with a final project for 6.115, a microcomputer electronics lab class. I vaguely recalled that an individual LED would generate a potential difference if you pummel it with enough photons. So I figured a cool and somewhat clever thing to do would be to create a display which could simultaneously act as a camera (pretty orweillian in retrospect). 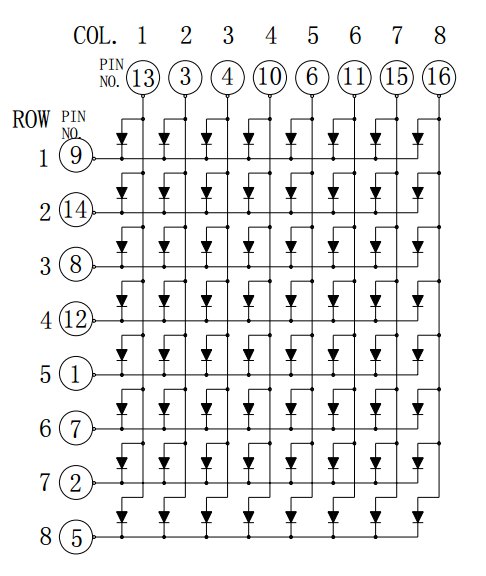 I'm not totally sure about this, but I think this was the pinout of the LED matrix that I had. Notice that there doesn't seem to be any sensible mapping between spatial position and the corresponding pins

The LED matrix was something like this one. It’s wired using a technique called charlieplexing, where there’s a long wire along each row that connects the anodes of the LEDs, and another long weire along each column which connects the cathodes (modulo dyslexia).

You can imagine taking a battery and a few clips and touching one point along the row wires and another point on the column wires and see a single pixel light up at the intersection of those columns and rows.

“We are stuck with technology when what we really want is just stuff that works.” — Douglas Adams 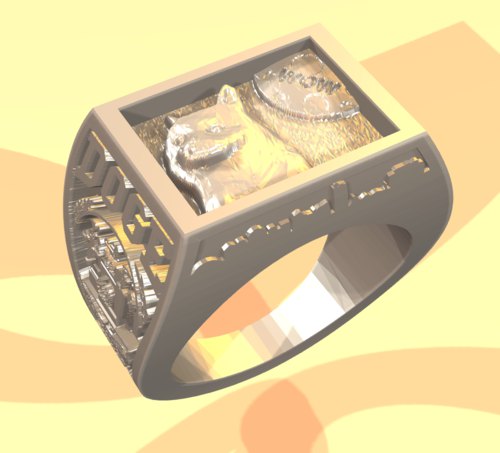 At MIT we get a class ring called the “brass rat”. It’s rather amusing that the ring is neither made of brass, nor features a rat. It’s actually Gold, and features our mascot— the beaver.

On December 15th, 2012 12:15pm, I was accepted Early Action to the Massachusetts Institute of Technology, so I’ll be there starting this fall :)

This blog isn’t principally here to boost my ego, so I’ll leave it at that, because I’m writing this post some six months after-the-fact with a fake retroactive timestamp in order to fraud my monthly post-count goal.