This is my submission to blogdom’s burgeoning class of eternally “work in progress” sites. I’ve been working on this blog reboot for nearly a year at this point (rest assured, I haven’t worked on it for any appreciable fraction of that time— but it’s nonetheless traumatizing for me as “blog posts written” is my primary metric for personal productivity).

There’s still a lot left to be done, but right now it should be in a more or less functional and navigable state. I’ve just added image thumbnailing (so this homepage shouldn’t take a triassic aeon to load anymore), which seems like an addition substantial-enough to warrant some new words adorning the featured post callout.

Most importantly though, it’s now a hip static site hosted on Github Pages (though I might move to S3), so the Turkish phishers last remaining venue for hijacking this site may be sending a pull request. 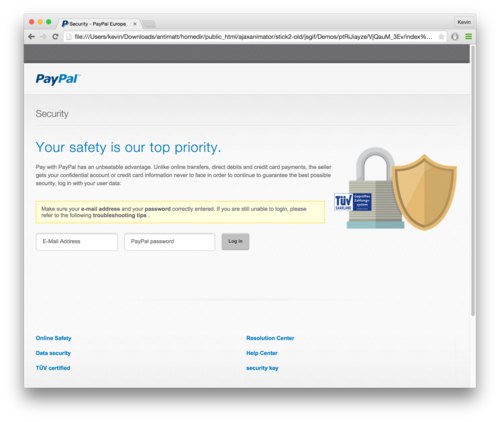 I unwittingly invited some consultants work on the new blog design, but all they could come up with was clearly somewhat unoriginal…

I don’t generally pay a lot of attention to this blog— especially during the beginning of every month. I used to generally hold myself to a rule that I would post something new at least once a month, but that policy kept slipping and then there was a mad dash to finish some blog post the first or second day of each new month to be retroactively timestamped.

Anyway, point is that I didn’t notice when the site got hacked for a few days. Unfortunately I don’t have any screenshots of what the site looked like when it was hacked. And at this point I can’t promise you that my mental model of what it looked like is anything more than a hallucination.

It’s a bit of an interesting chapter in my blog’s history, so I’ve spun off this section into its own post. 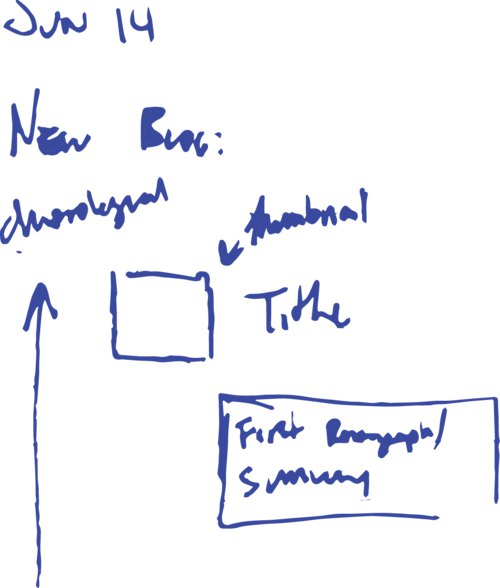 I guess it makes a reasonable amount of sense to write about how this site works. This is the first incarnation of the blog which is to any appreciable extent aesthetically original. It isn’t the default theme of JupiterCMS, PHPFusion, nor is it a free template for Wordpress.

At around the same time my blog stopped working, I came into the posession of a Moleskine. On June 14th, apparently, I started my first sketch of what my blog might be like.

In retrospect, it didn’t really look very coherent and I have literally no idea what I was trying to do at the time. But one of the motivations behind the entire endeavor was to strike a sort of balance between a blog and a portfolio. I like the idea of documenting the process of things and writing some part of the though process a somewhat non-abbreviated form. But one thing that I noticed is that a blog is a terrible means of surfacing older content, and I think a lot of the interesting ideas I’ve explored are the ones which I played around with several years ago.

On the other spectrum, I didn’t want to go too far in the direction of summary. I didn’t quite want it to be simply a résumé where I condense every endeavor into two buzzword-packed sentences which summarize the little iota of cleverness imbued in the project.

And so the motivation of the design was finding some way to hybridize the two goals— summary and process.

I found another sketch in my Moleskine dated June 24th, which seems to be a bit more coherent. On the right you can see some blocks and lines which, while not having much bearing on the current site design, at least seem like they might pass a Turing test criterion for sufficiently-websiteish website.

One thing that I noticed is that the sequence of my projects tends to be pretty structured. Over the years, I tend to explore little ideas which tend to culminate into singular projects— or alternatively, I build a larger project and spin off smaller components. All of this tends to happen over a relatively short time period (a few months to a year).

So in terms of a projects list, this means that I can introduce a bit of an aesthetic cadence where a series of minor projects are occasionally punctuated by larger projects. And because of this natural faux-hierarchy there’s a natural clustering which is generally both temporal and subjective. The short projects have single-sentence summaries, whereas the larger projects can have a paragraph worth of elaboration.

Naturally, all the project descriptions are hyperlinked and lead to a project page which includes all the blog posts documenting the process of creating that particular project.

At some point I helped design a mobile app and ended up getting reasonably familiar with Adobe Illustrator.

It was also at this time that I started using tools that designers use— things like Adobe Illustrator and Bohemian Coding’s Sketch. 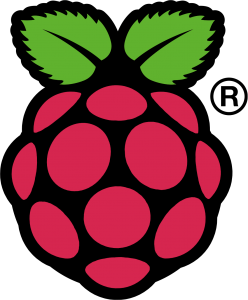 Raspi_Colour_R
As part of the shift between long multi-kiloword blog posts which are somewhat more like press releases back into a sort of more personal (i.e. blog-esque) format, I guess I’ll talk about my newly-arrived Raspberry Pi. Right now, there isn’t terribly much to talk about since I’ve only had it for about two weeks.

I’ve been planning on getting a Raspberry Pi for a pretty long time, and I was actually pretty excited about that. For the weeks preceding the official announcement, I built a tiny script which ran in a ten-minutely cron job which would basically download the purported Raspberry Pi store (raspberrypi.com, note the dot-com rather than dot-org, which their homepage is situated at) and compare the hash, notifying me via Ubuntu’s built in notification system.

On that sleepless night when the actual pre-sale announcement was being made, I was incessantly checking raspberrypi.com, which had suddenly morphed into a server maintenance message (which remains to this very day). The anticipation was intense, and some twenty minutes after it was supposed to happen was when I realized that the whole time I had been checking the wrong page. The announcement came instead on raspberrypi.org, their main blog, and by that time, it was certain that all the distributor’s sites were already collapsing under the crushing load of a million souls crying out for a taste of berry-scented silicon pastry.

On the next day, I checked the sites again, and all the order pages were already closed. Either way, it wasn’t terribly useful for me because most of them didn’t support Paypal. Fast forward a veritable eternity, on June 16th, I was notified via email that RS Components that I would be allowed to order the device some time in the near future. Sure enough, on the 22nd, another email gave me a link to the order form, which I promptly filled out and I began the process of waiting. Not really, since I had other stuff to do and most of my interest had already vaporized at the daunting 7 weeks it was supposed to take.

Another eternity later, it arrived in some rather nice packaging. It actually came as a bit of a surprise, because I had become so accustomed to waiting that I had never really expected it to materialize so suddenly. But when it did, it was everything I imagined and more. It came in this rather nice cardboard box, which I eventually cut in half with an X-Acto knife (which nowadays, I use for all my paper splicing needs) to build a makeshift case. I fumbled around in a closet and found a neglected 16GB SD card (probably back from the era when point-and-shoots were actually preferable to mobile phones) and installed that weird Debian distro (after having a little internal debate on what to install). But the first thing I had done was plugged it into a monitor through a HDMI-to-DVI converter. I took the charger from my Galaxy Nexus (I wasn’t using it for anything since I charge it in my room from my HP Touchpad Charger, and my Touchpad idly draining power from a cool inductive stand, the standardization of chargers is really pretty awesome), and used that as my Pi’s permanent power supply.

I also had a 2000mAh LiPo battery which I was going to use with my Arduino LilyPad for some cool foot-operated telegraph which I wanted to use as essentially a UPS for the Pi, but a bit of googling reveals that that might possibly entail actual electronicswork, so maybe that’s something for later.

I turned it on, and lo and behold it didn’t work. I actually never quite figured out why. Then, I tried plugging it into a really old 13 megaton CRT TV, which makes me realize how it’s sort of weird that the unit of megatons is hardly ever used for things other than atomic weapons, and now it feels oddly inappropriate for a hyperbole for the mass of a TV, but maybe it’s actually sort of appropriate because CRTs are terrifying. So analog seemed to work, except for this problem where my keyboard would keep repeating letters and not working well. That wasn’t a good start.

But after a little googling from my Chromebook, it turns out the keyboard issues came from the fact that I had plugged in my only spare USB keyboard which happened to be a Logitech Mouse+Keyboard+Speaker thing and my teensy Galaxy Nexus charger couldn’t eke out enough watts to power it. And the issue with the HDMI-to-DVI thing was just because I needed to restart with the cable plugged in. But neither of them posed a real material issue because I had been intending to use it as a headless rig from the start.

The first thing I really noticed was how surprisingly easy it was to install things. I had expected the ARM repositories to basically lack everything which might be useful, but it turns out that actually almost everything I wanted was available. I didn’t dare compiling anything, but Node (albeit a somewhat old version) was available from the repos, so I never really needed to. I had to manually update to a new version of npm, but that wasn’t that bad. I set up forever to run a few apps, but not much.

One of the main reasons I could justify getting the Raspberry Pi however, was to run my Facebook logging script on something other than my main computer, and aside from getting confused trying to use sendxmpp, it was fairly straightforward. 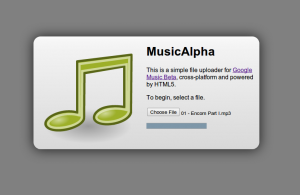 So yeah, I just got a Music Beta invite today, and it’s pretty cool except for the fact it doesn’t have any means of uploading besides the desktop application on Windows and Mac.

So, after a little packet sniffing, I got the basic idea of how it works. You send a POST to some URL with some info and then that returns a URL that you PUT to in order to add the song.

So pretty soon, I hacked together something that almost sort of worked, with one rather significant caveat: It doesn’t pick up any tag data, name, time, artist, album, etc. I can’t figure out why. I guess I’ll try some more tomorrow.

The prototype is at https://github.com/antimatter15/musicalpha