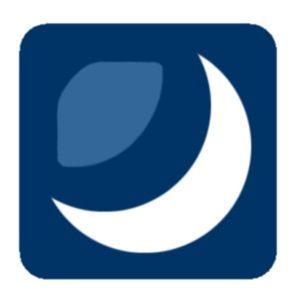 So now I have a cool new web host: Dreamhost. I’ll be using it for at least the next year. So far it’s really great. It has everything I really wanted which isn’t much (aside from SSH access). Sure, it’s a massive overseller which has quite sky-high pricing for the purpose of bailing out really insanely cheap promotions, but I haven’t yet faced any problems with it. And may I mention that I’m largely a member because of one of their insanely cheap promotions? Don’t get me wrong, I did do tons of research prior and it seemed good to begin with, but the whole July Fourth $10 for hosting a whole year is pretty irrefutably awesome. decently fast. It actually supports URLs without a WWW (which was the reason this blog never used GoDaddy). So what issues have I faced so far? Well, not many. And since setting up is usually the most troublesome and hard part, it’s setting a good precedent in my mind. Issues ive has aren’t really hosting related. The control panel is actually really good. I don’t know why, but I really can’t stand using CPanel. I haven’t had a very good experience with it. They try far too much to make everything as if it’s intended to be something like your Netvibes or iGoogle homepage. And CPanel is remarkably unhelpful with issues (that I’ve had with SSH) and it wastes a lot of screen estate on listing basic server info that rarely changes or is useful in any way. The Dreamhost panel by comparison is menu based and intuitive. No big icons that make you feel stupid after looking for a long time and realizing it’s a huge icon in the center of the screen involving outdated and vague old desktop metaphors. Just simple menus. Sometimes it’s not very good at explaining why it switches PHP to CGI mode when you use the automatic installer. I wouldn’t reccomend it’s automated installer though. While I’ve had very few problems with using it to install the latest version of Wordpress, the configuration is a bit lacking. Also, the generated wp_config.php from the automated installer is old and actually missing a few security features that makes it harder (just add the missing lines in) to install BBPress later on. Beside that, installing Trac+SVN may be only a dew clicks to do, but getting Trac to behave as expected (logging in) requires tedious amounts of command-line-fu. The installation options are seriously quite mediocre and they use big icons too. There are only like 9 available scripts with only a few CMSes a gallery or two and some eCommerce. I can’t really do a summary, but it’s pretty good as of now. Oh and another cool thing is that this entire post was written on my iPhone. Yes. On a touchscreen device with a virtual keyboard. And that’s not bad either. I’m typing quite fast on this device and not making too many mistakes either. The reason the first post from my iPhone came so latenis because Wordpress for iPhone didn’t work on my old web host, but it works on my new one.